The Essence of a Guru in Our Lives 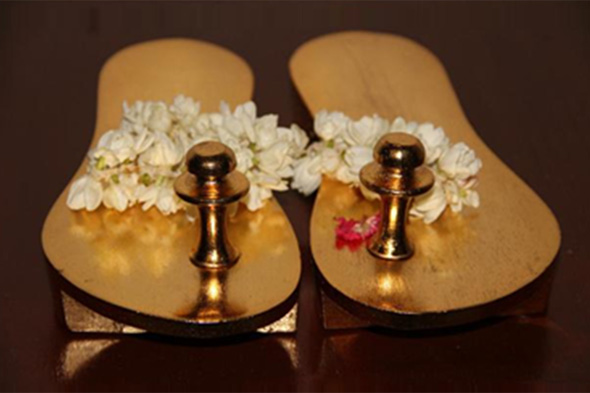 The Essence of a Guru in Our Lives

“namo namaH sri guru pAdukAbhyAm. Salutations and salutations to the sandals of the Guru.”

These words, coined so beautifully by Adi Shankaracharya himself, are the essence of the Guru Paduka Stotram, which epitomizes the role of a guru in our lives.

To understand the significance of the guru, it is important to note the literal meaning of the word itself. Guru: originating from Sanskrit, ‘gu’ represents darkness and ‘ru’ represents light. Thus, ‘gu’ + ‘ru’ equals a remover of darkness who brings one into light.

As a paragon of proper behavior, the guru is a torch-bearer of human values, ethics, and knowledge. A guru embodies the ultimate teacher: someone who selflessly imparts knowledge to a disciple, a mentor who is determined to bring out the very best in the pupil. A guru shapes one’s perceptions of the world, and serves as a principal guiding light of a naïve child’s journey into becoming a worldly individual. Often times, he or she is one’s biggest critic, criticizing out of love and protection, to prepare a student to face obstacles in life and to successfully handle difficult situations. He or she has a dharma: to lead a student to follow the path of virtue, courage, and wisdom.

In several realms of Indian culture-especially Carnatic music-the guru is seen as a representation of the divine. He/she is regarded in such high esteem that both God and the parents are considered to be accommodated in him/her. The guru is the ultimate authority in all musical concerns. The guru is the sole transmitter of musical knowledge and tradition; furthermore, the guru is needed to develop the musician as an ethical human being, as an interpreter of musical knowledge, and as a stage performer. Hence the guru is a source and inspirer of self-knowledge, who strives to elevate the shishya to his/her own degree of wisdom. As an exemplar of such tradition, the guru receives due respect from his/her pupils, the pupils’ families and close relatives, and is regarded as a transcendent individual, set apart from society in general by his/her special knowledge.

Guru tattva, or the guru’s essence, is an aspect that was highlighted by Carnatic Trinity Composer Muthuswami Dikshitar in several of his krithis. It is essential to obtain guru katAksha to receive the anugraha of God. And it is through God that guru katAksha is obtained. Dikshitar drove home this point beautifully in many of his krithis. For example, in Akshayalinga vibho, set to the ragam Shankarabharanam, he praises the Lord as the one who bestows the Guru’s grace, in the lines “guru kaTAksha vIkshaNa.”

We should forever wish to be the recipients of gurukrupa. It is the guru’s grace that is quintessential to our growth, being, and existence. It is his/her sheer presence in our lives that guide us all on the right path to success. In fact, there is a verse in Adi Shankaracharya’s Guruvashtakam that so magnificently describes the importance of gurukrupa:

We come across gurus in various forms and at various points throughout. From our very own parents to our mentors, teachers, and guides, we gain wisdom and knowledge in each step of our lives.

Saint Thyagaraja emphasizes in one of his most famous pieces, that no one, however virtuous, will realize success without the grace of a Guru:

May we all be the recipients of our gurus’ infinite and abundant grace.